Cerebral Malaria complicated with multiorgan failure: A Case Report with Review of literature

Libya is free from local malaria transmission and has been reported as one of malaria free countries. The last local reported case in Libya, according to literature, was 1973. In this paper, we present a case of a 25-year-old Libyan male Patient who came to Sebha Medical Center on 14-09-2017. He complained from high-grade fever, rigors, sweating and fatigue for one week, he had showed a history of travel to an endemic area for malaria (Niger). The laboratory investigations were positive for Plasmodium falciparum Malaria. The course of the disease was complicated with multiorgan Failure.The following is a review of literature for malaria associated with complications. 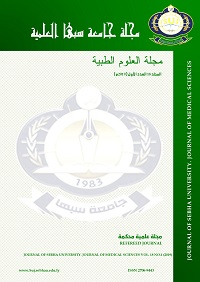