Research Title: The Analysis of Discourse at (Ibn Qutaybah), tawil mukhtalif alhadith as a Model

The study aims to show some ways of analyzing the discourse among some Arab scholars in the third century AH, which is Ibn Qutaiba, through his interpretation in the field of prophetic hadith, in which he used a linguistic approach to reach the meaning that he sees combining hadiths that may appear contradictory in Apparent, or inconsistent, according to the terminology of modern studies, to remove this confusion or contradiction between them, in his book Interpretation of the Various Hadiths, and the faces of the interpretation of the prophetic hadith that Ibn Qutaiba was followed, and the procedural methods that contributed to the production of his speech, in the aforementioned book, were based on The looks given in idle studies Arabism in the Islamic era, and to the support of modern linguistic theories in support of many of the foundations of the analysis of texts endorsed by Arab linguists in their curricula. 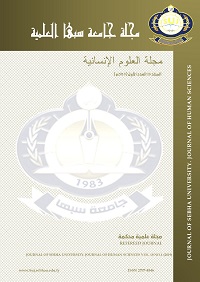